Submitted for 1.0 certification hour to HRCI/SHRM

Although the pandemic-related recession had a brief downward impact on gig workers overall, the trend is clear: being your own boss is a concept gaining popularity at an impressive rate. The overall number of Americans classifying themselves as freelancers rose from 53 million to 59 million from 2014 to 2020. And even the core classification of self-employed individuals (incorporated or not) has risen by 17 percent in just one year – from 8.221 million in April, 2020, to 9.651 million in April, 2021, according to the Bureau of Labor Statistics.8

The rapid growth in the ranks of independent contractors has naturally spurred greater interest in the regulations surrounding worker classification – both in terms of the loss of benefits and protections for those leaving traditional employment, and the potential for abuse of the worker classification process by employers.

During the last year, the states have been brewing up their own changes in employment classification laws, led by California’s AB 5, which was passed, then repealed and replaced with AB 2257. At the federal level, with the transition to single-party control in the House, Senate (barely) and Presidency, the Protecting the Right to Organize (“PRO”) Act (H.R. 842) is making its way through Congress, and may even find a home inside the massive infrastructure bill now being debated on Capitol Hill. The PRO Act, as currently written, would include the most comprehensive amendment to the terms “employee,” “employer,” and “supervisor,” since the Fair Labor Standards Act of 1938 became law.

So how will all of these convergent changes settle out? And most importantly, how can employers plan for the expected changes on this contentious topic?

What you will learn

About the Speaker - Bob Greene 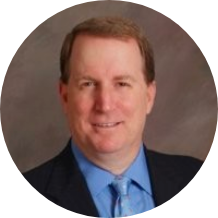 Bob Greene currently serves as Senior HR Industry Analyst at Ascentis. Bob’s 40 years in the human capital management industry have been spent in practitioner, consultant and vendor/partner roles. As practitioner, he managed payroll for a 5,000-person bank in New Jersey. As consultant, he spent 8 years advising customers in HRMS, and payroll and benefits system design as well as acquisition strategies. Bob also built a strategic HCM advisory practice for Xcelicor (later acquired by Deloitte Consulting.)

Know a Colleague Who Could Benefit from This Webinar?

We love to spread knowledge and help HR professionals understand the ins and outs of human resource best practices, technologies, and everything in between.

This webinar has been submitted by HRCI/SHRM for 1 (one) general RCH credit. You must attend the entire one-hour live webinar session per HRCI and SHRM rules and regulations to qualify for credit. If approved, you will be sent an email containing program codes within 30 days of the date of presentation.

Please Note: Our webinar platform monitors attendees "time on the system" and if you attend for less than one hour and you will not be issued program codes.

Questions? Please visit our FAQ page to find answers to your webinar-related question.

Registering for an Ascentis webinar means you will be receiving emailed earned program codes, occasional informational, educational and solutions emails from Ascentis. You may unsubscribe at any time. Keep in mind: Ascentis emails are the way in which earned program codes are distributed and unsubscribing will inhibit receipt of your codes.

If you have questions related to our webinar programs, please visit our FAQ by clicking the button below.